What does RYS do in the classroom?

In chatting with performers, Scott and I hear about women of colour being told they shouldn't bother auditioning for Shakespearean plays, because they will never get cast as the lead. At the same time, people love to talk about how Shakespeare's work is universal. Shakespeare's friend Ben Jonson, eulogising him in the First Folio (1623) said that "He was not of an age, but for all time." It's certain that stories of betrayal, corruption, and love are universal, but it seems like that universality applies more strongly to one group than others. When Shakespeare wrote, there may not have been words for homophobia, transphobia, misogyny, racism, ableism and the rest of the ways society creates and maintains oppression, but those things were very much built into the stories he told. We can't keep teaching Shakespeare in schools using the justification that his work is universal if we can open any of his plays and see blatantly oppressive language or actions in the lines. We can't keep telling whole classes that Shakespeare is universal if only the straight white kids in the class can see themselves represented on stage. But we can look for ways that students previously not included in the "universal" stories can break down those barriers for everyone.

We say we want all kids to see themselves represented in the material they study in school, the material we educators legitimise as being Important. There's the baggage. But what Riotous Youth Shakespeare really wants, is to empower the students themselves to do the representing.

So, in the classroom context, what does that mean? If the teacher tells us what play we're doing ahead of time, great. We grab it off the shelf. If not, we show up with a complete works and the Shakespeare app on the iPad and hope for the best. For just about any play (especially for the classroom classics, like Romeo and Juliet, Hamlet, and Macbeth) we can parachute into the lessons at any point in the script.


So how do we make it "universal"? It's in how we set students up and how we answer questions. It's in showing every single student that their contributions will be taken seriously, and that no matter how quickly or slowly you read, you can still understand if you're willing to watch. It's the classroom space we hope to build and the culture of radically inclusive collaborative analysis we want to foster.

And why is this a part of a community engaged experiential learning project? We're hoping to combine academic texts on diversity and inclusion in radical arts and pedagogical spaces with the experiences of working with RYS this spring as we dig into the ongoing development of our program. By the end of this experience, we're hoping to have a more fulsome understanding of our own positions as Shakespeare fans and radically anti-oppressive educators. In the long term RYS will be an organisation that works with schools and the community to provide students the opportunity to experience theatre-making using Shakespeare's texts.
CEL blog

Popular posts from this blog 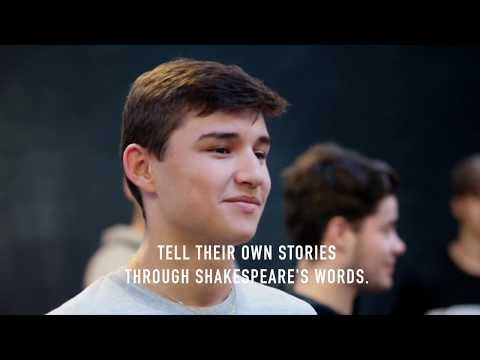 For a few years, we've had the pleasure of being the Shakespearean flying squad at the International School of Brussels. This is a video of the work we do there. Want us to come to your school but don't need it to be an extravaganza? Get in touch, and we'll plan something awesome together. 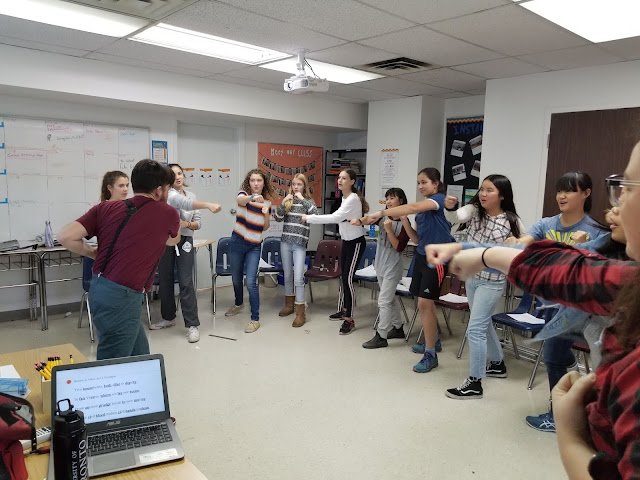 We recently had the pleasure of visiting The Linden School, Toronto's premier independent feminist school.

For more information about our days at Linden, check out our article Shaking Up Shakespeare, in their website newsletter, the Linden Voice.

Grade 8s get to feel the heartbeat rhythm of iambic pentameter with a little bit of physical activity. No actors were harmed in the making of this photo!
Read more